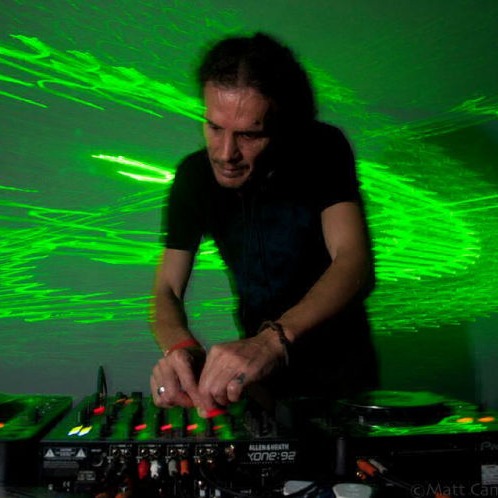 Behind Archaic & Avaris projects is Kostas, born in Thessaloniki,
His musical background starts with the explosion of the punk age in the 80sand later with the first underground rave culture.
Kostas fell in love with psychedelic trance music in the beginning of the 90s when he started to spin under the name of DJ Lory, so he became one of the first DJs in Greece to play electronic music: he was then performing in all major parties, collecting and spreading various electronic music styles and also taking part in organizing events.
Around 1996 he started to experiment and write his own music, alone and together with friends, creating tracks which only exist on DAT tapes under projects names such as Full Moon Unit, Shabaladelia, Initia and others. In 2002 he released his first album Shining Beings as Initia: the sound here was experimental and for the day time.
During the years he never stopped to explore with great passion music and composition. And in 2008 released his first album Wildness with project name Archaic on english label Wildthings Records. The music had immediately a great response and many other releases came after that, making his music more known to the international psy-trance community. Later on he released two EPs : Free-quency Modulator and Cosmic Perspective.
In 2011 Archaic released his second album Sonic Driving pushing up the boundaries with more night time and twilight sounds.
During his trip to Goa in winter 2013, he met Parvati family and label owner/manager Giuseppe, who gave him a big call to go further with his work.
His first track was then released on Parvati Records (Mushroom Power in Footprints 03 EP). This was the start of a strong relationship between Archaic and Parvati Records who published more tunes after that, and in the autumn of 2014 released Archaic solo EP Kykeon inspired by the mythological realms.
Archaics music can be described as narration of a journey: intense, powerful and groovy, characterized by deep, cosmic, mysterious and organic forest atmospheres. The music reveals fine harmony between prodigious depths and magical aerial elevations of its sound. These shamanistic soundscapes are empowering and truly alive, filled with deep mystical throbbing rhythms. Created to bring you in non-ordinary dance-state, to reveal directions towards your own source of power. Truly original, like Kostas himself, reminding you to simply feel once again It is the magic in us. Dance is a free form of the ancient tradition.
Kostas also has a second music project, psychedelic downtempo A v a r i s which unleashes the other side of his music exploration and in May 2013, he presented a debut release Windgod EP on Spaceradio Records.
In present days, he is working on the first Avaris cd album which is planning to be released in 2019.

Start a site with Mobirise