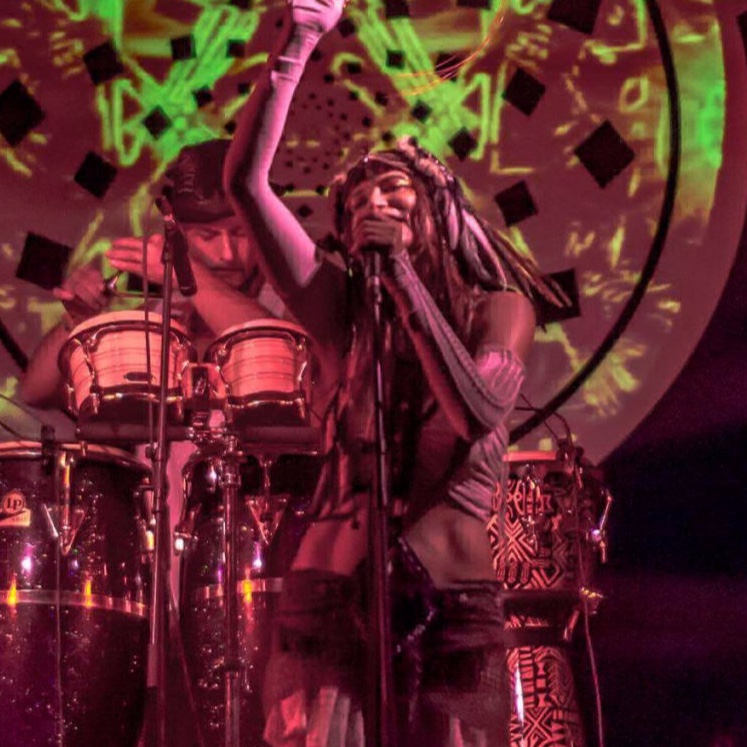 Irina Mikhailova sings to us from the heart of her indigenous roots that lay in the rich traditions of Eastern Europe, Central Asia and the Middle East. Born and raised in the Republic of Kazakhstan, Irina currently resides in San Francisco, where for the last few years she has released many solo and collaborative projects, most of which explore vocal technique, traditional instrumentation and digital composition, all while taking in the styles of contemporary folk, modern lounge, dub-ambient, tribal trance, and Arabic groove.
Irina's music has been used in variety of documentaries and feature films. One of the highlights include movie "Salt" starring Angelina Jolie as well as "Halo", a multi-billion dollar science fiction video game.

She plays frequently in Europe and has performed at variety of festivals such as Peter Gabriel"s Womad festival in England as well as festivals in Japan, Greece, Germany, Switzerland and many more. Her solo albums are receiving international critical acclaim and are available on ITunes, Amazon, CDbaby, Spotify, Pandora, Soundcloud, Reverbnation and Irina's web sites.

Develop a web page with Mobirise