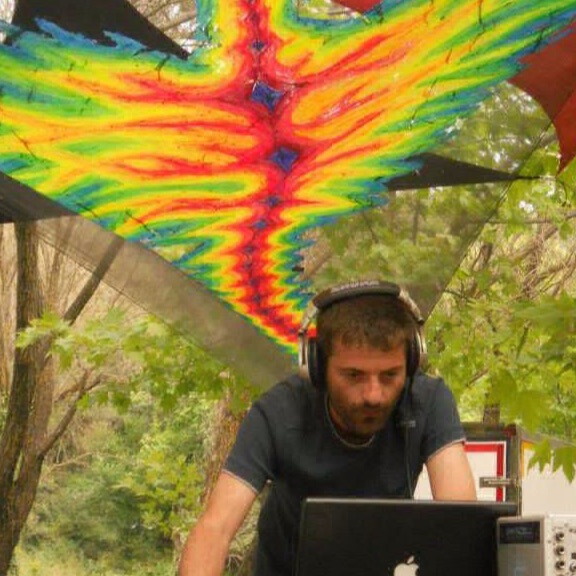 Ben is a dj, producer and manager from Macedonia. Being in love with music since the beginning of time, he started being active as a dj from his early ages but the main leap was made when he got in touch with psychedelic sound, the point where it all started… Since then, he dedicated himself to the new psychedelic movements that started to shape and revolutionise the music of today. Since the end of the 90's, he was mostly active with his psychedelic trance sets. After years of extensive music exploration and trying to create a unique style, in 2003 he created his solo project Bio Electronic Noise, when he also got deeply attracted by psy ambient & chill-out music, which he fully integrated into his sets. Playing both psychedelic trance & chill out sets, he's been resident dj at parties in Macedonia and Balkans, as well as performing at many parties and festivals around the globe. In 2014 he created Axios Records.

Web page was created with Mobirise