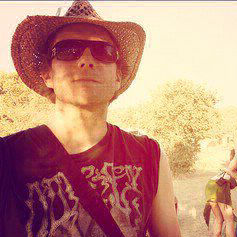 Gubbology is a Swedish psytrance project with music written and produced by Olof Ejstes. The sound is a mixture of forest psytrance and old school goatrance. Gubbology has been playing at Midnight Sun festival in Lofoten, Solstice festival in Amsterdam, the Skogtroll festival in Trondheim, as well as some smaller parties in the swedish forests. The project was initially started together with Mathias Lundgren but he left Gubbology in 2014.
School Of Crystal Healing is his downtempo/ambient project. Since 2012 two albums have been produced filled with warm ambient soundscapes and lush downtempo.