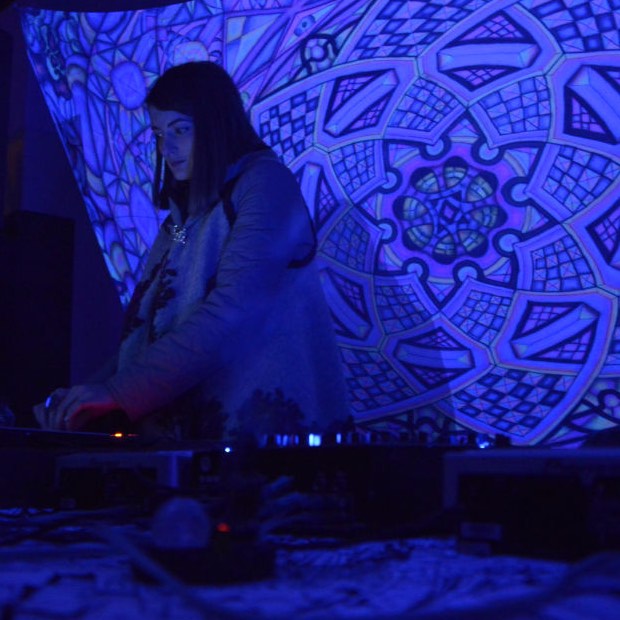 
Behind the project Esoteric Bloom stands Arta Gjakova. She grew up amid diverse cultures in the Balkans, where the quest to discover variety through the lens of music began. Sound has accompanied Arta since childhood. Her love and passion for music grew even more as she became actively engaged in different music areas across the region. In 1998, she went in musical school where she learned to play flute. She followed an instrumental music education in high school and later graduated in film music composition. Her journey with electronic music began in 2006 where she was introduced to the psychedelic scene and culture. Impressed and inspired by the many ways one can explore sound and express himself through it, she developed an even deeper appreciation for composing and producing her own music. For Arta, the process of creating sounds is a sacred experience. Studying the history of music and its evolution makes her fond of the idea it all starts with SOUND. She believes that music can be used as a tool to channel harmonious ideas and stimulate powerful vibrations.

Currently, she is a member of Lotus Feet Records working as a producer, label DJ and manager. Recently she also joined Stereohemia Records. Her existence as a composer is justified by the constant eagerness to contribute to the psychedelic scene. She does this by pushing all musical boundaries in her creations while challenging herself to be innovative and authentic.