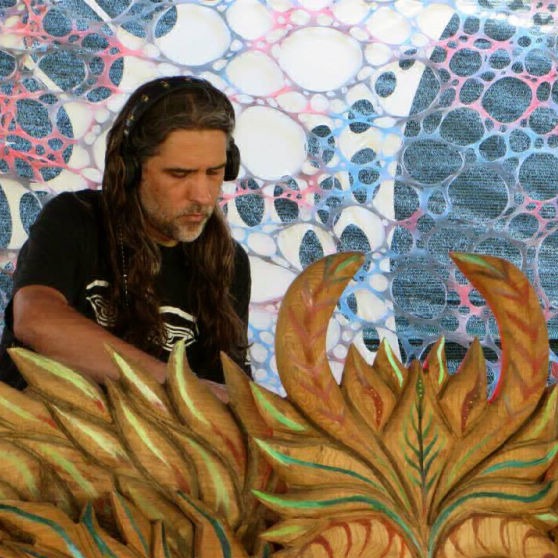 Photosynthesis is Daniele Marras, an independent DJ blending modern electronic tunes with a vast variety of sounds coming from ancient times and distant cultures. In fact, still positioning himself into the chill out genre, his works gently merge the trance/psychedelic sonorities with ethnical vibes, resulting in sonic journeys where tunes apparently so distant from each other link up into a fluent and soul capturing music path.

Beside his studio recordings, Photosynthesis has been involved in several European Trance Festivals, where he performed sets ramping from ambient melodies up to d-tempo beats and chillgressive tunes: the result is a smooth and uplifting experience with beats coming in gently and carrying the audience into a dance spirit gradually and most harmonically.

“Body moves, soul dances” is one of Dani’s favorite quotes; and indeed his mixes seem to carry souls into dance upon that emotional involvement so typical of those ancient tribal gatherings, unleashing themselves to music to achieve states of trance, open channels to a common experience, and uplift their level of consciousness.

This page was built with Mobirise site theme